This milestone is all about magic and its uses. At the end of the milestone, I hope to finalize the learnable magic system, balance all the spells and add a large amount of new spells of various elements and statistics. 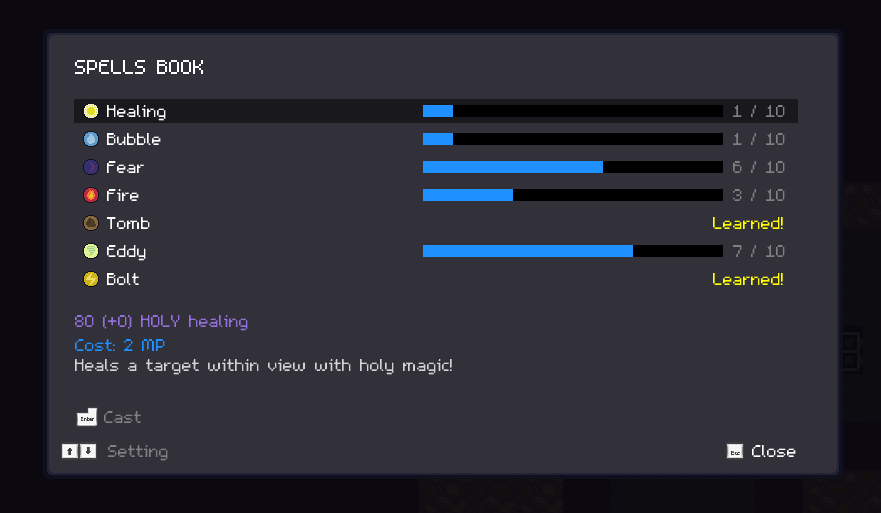 Additionally, I will begin investigation on how to uniquely define certain spells. I am going to look into "ranking" spells, based on usage or rarity. A spell would have 5 ranks and each subsequent rank increases its stats (but the spell effect remains the same).

On a final note, investigation into multi-platform is currently underway. While Discord integration has worked on Windows from day 1, it does not currently work on Mac or Linux. On top of that, the Audio system in use also does not support platforms other than Windows. These are the changes that need implemented and will hopefully happen within this milestone.