This update is one of the biggest one to date. It adds some very important changes that fundamentally change the game. Not only does it add the long awaited save game feature, it also adds the classes system. You may choose from 4 basic classes to begin, which affect your stats in various ways. In the future, classes will be more customizable and may unlock subclasses.

The values of these classes are still a work in progress. This is the first release! :) 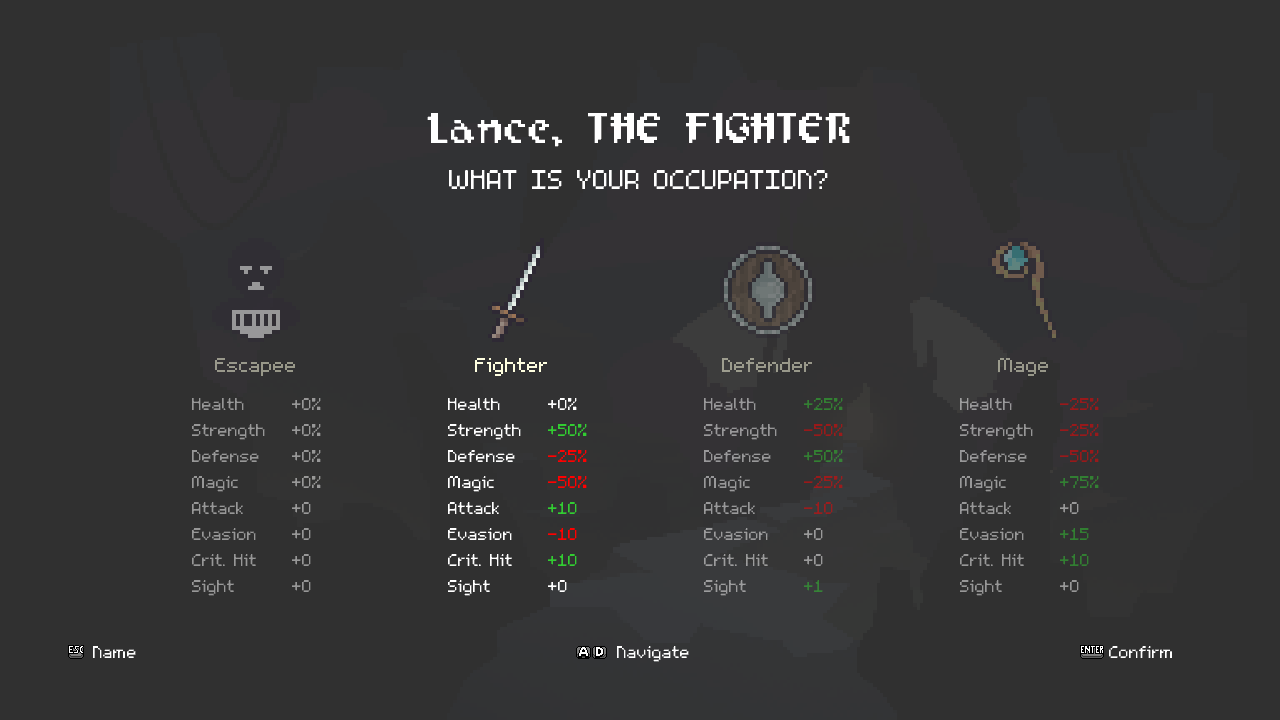 The save game feature is new. It should work completely, but it might come back with bugs. Of course, do let me know if this happens (see contact info on game page).

There is some restrictions to saving the game though! These restrictions are mostly gameplay based and slightly due to under the hood. Here's the rules:

Chat with us on Discord, easier to reach me and sneak peeks etc. its cool: https://discord.gg/jaDRtk8